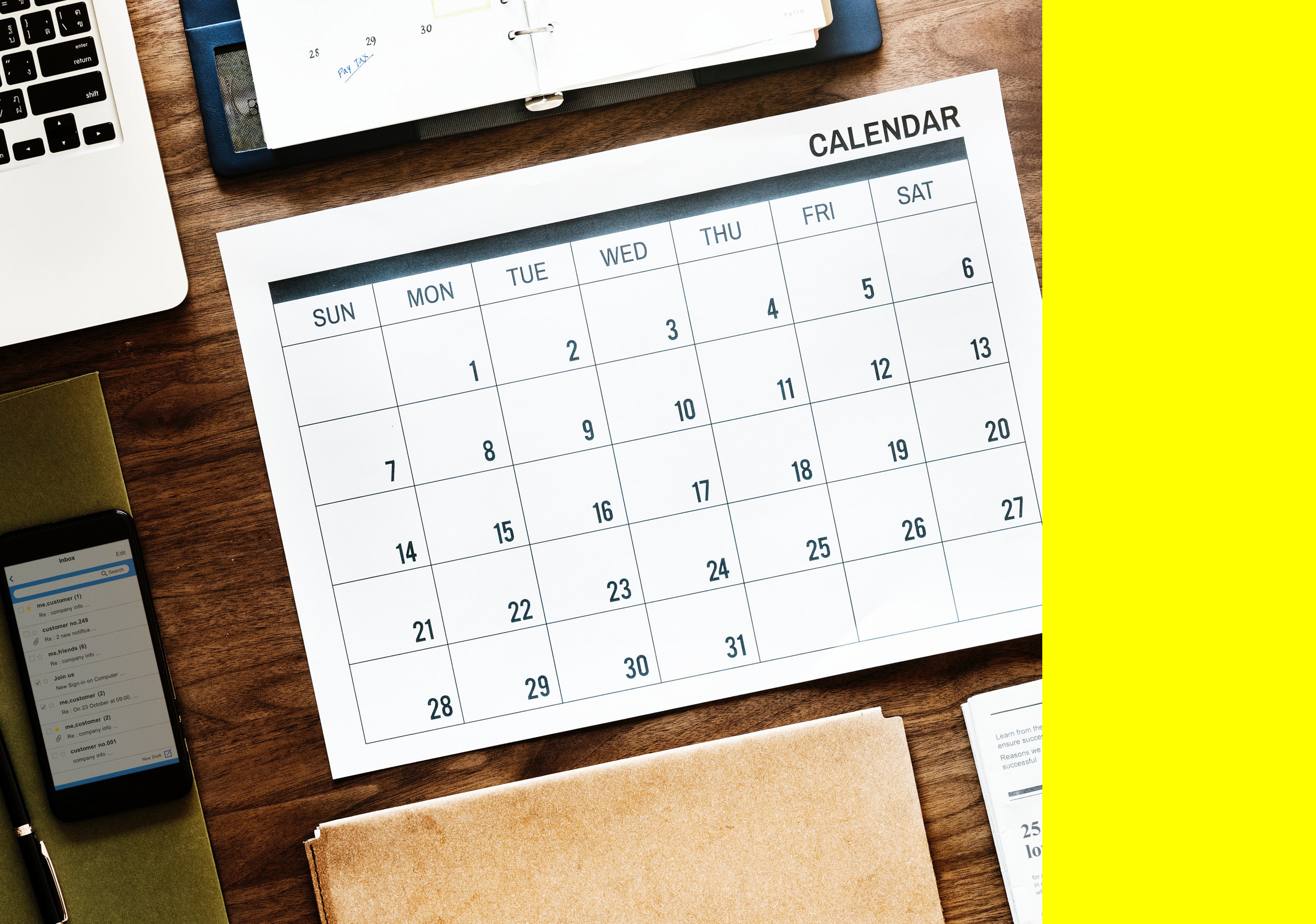 As discussed in a prior article, clearance in remnant TV buying is influenced by various factors. Timing is one of those factors, and often manifested in patterns of seasonality. We will demonstrate this with real data between 2016 and 2018. To generally learn more about media-buying, and what the term “clearance” means, we refer you to this blog post.

One of the most obvious patterns is higher clearance (or: more available remnant inventory) early in the broadcast quarter. The chart below shows the variability in clearance throughout 2017; peaks in clearance tend to sit earlier in the quarter (and vice versa at the end of the quarter). The main reason is probably the fact that many advertisers plan on a quarterly basis. They start cautiously, and as they fall short on the quarterly target (e.g. spend, customers acquired, etc), will ramp up aggressively, often at all costs. This market squeeze can be amplified by networks prioritizing ADUs or Audience Deficiency Units (i.e. when guaranteed impressions were not met during the quarter). The combined effect is that any remaining remnant inventory gets gobbled up towards the end of the quarter. 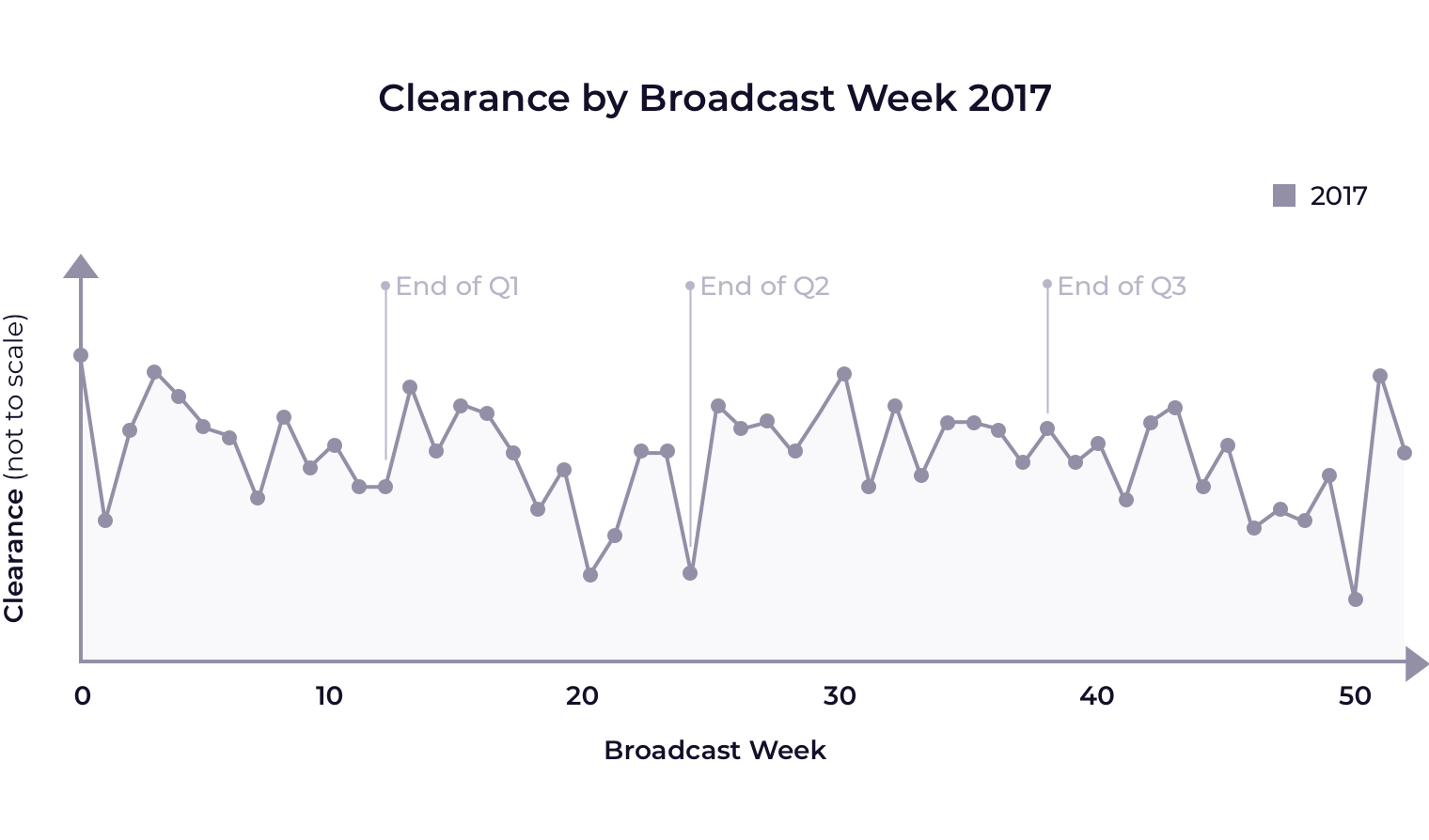 We also observe alignment between two broadcast quarters when compared year to year. The graph below show Q1 2017 vs. Q1 2018, and Q4 2016 vs. Q4 2017. The ups and downs arrange very well across the two years (except for a marked lower clearance in 2018 overall, a signal of the general strength of the TV market). 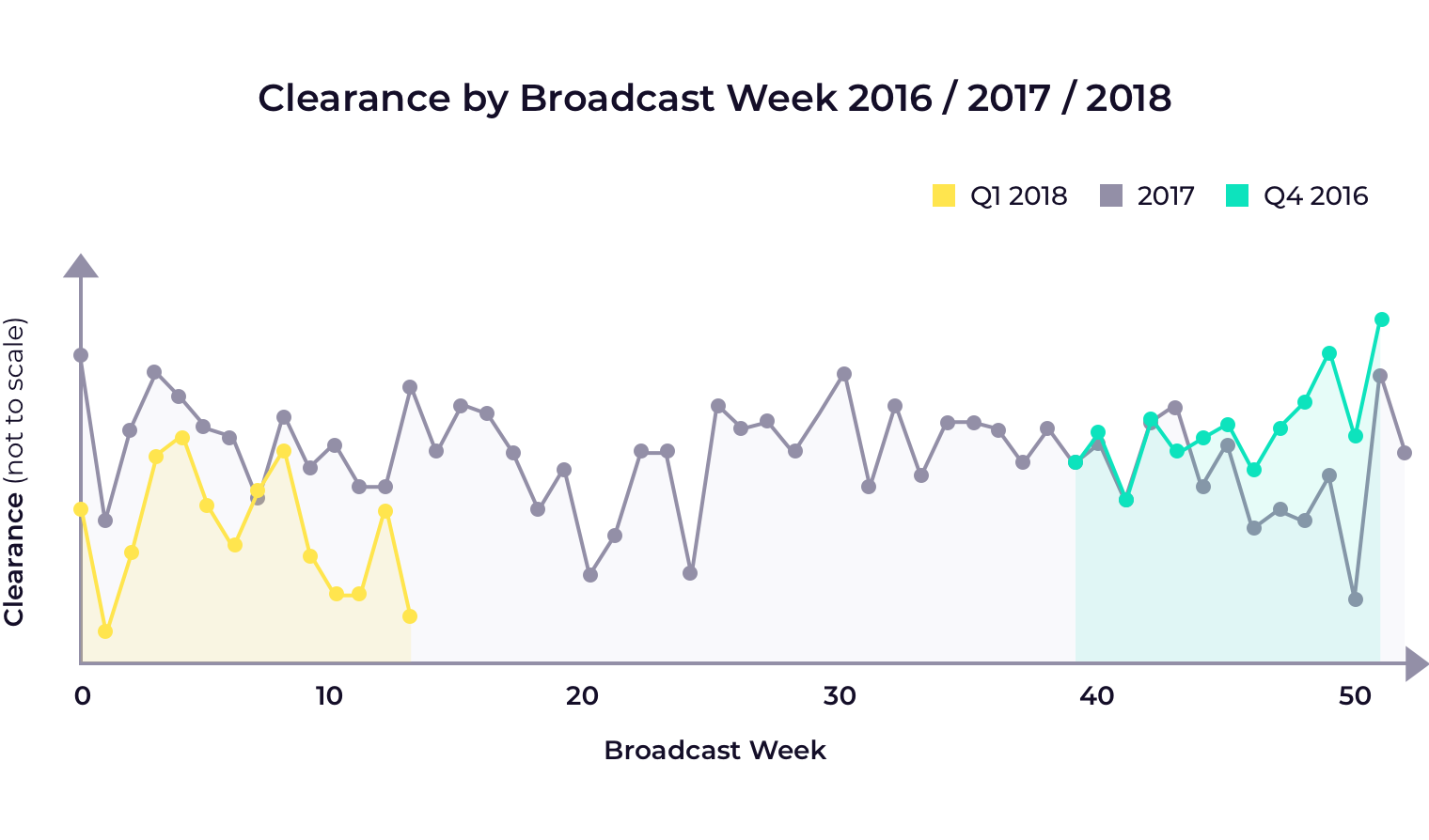 Last but not least, clearance spikes during the last two calendar weeks of the year (which may not necessarily overlap with the last two broadcast weeks).  This annual phenomenon is the “Holiday Opportunity”: big (brand) advertisers close out for the year, and inventory is available in abundance, so much that even pricing craters.  Considering the higher viewership during the Holiday season (i.e. in addition to higher avails and lower pricing), Tatari finds this is in general a good time to be on TV. Hence the name, “Holiday Opportunity”. 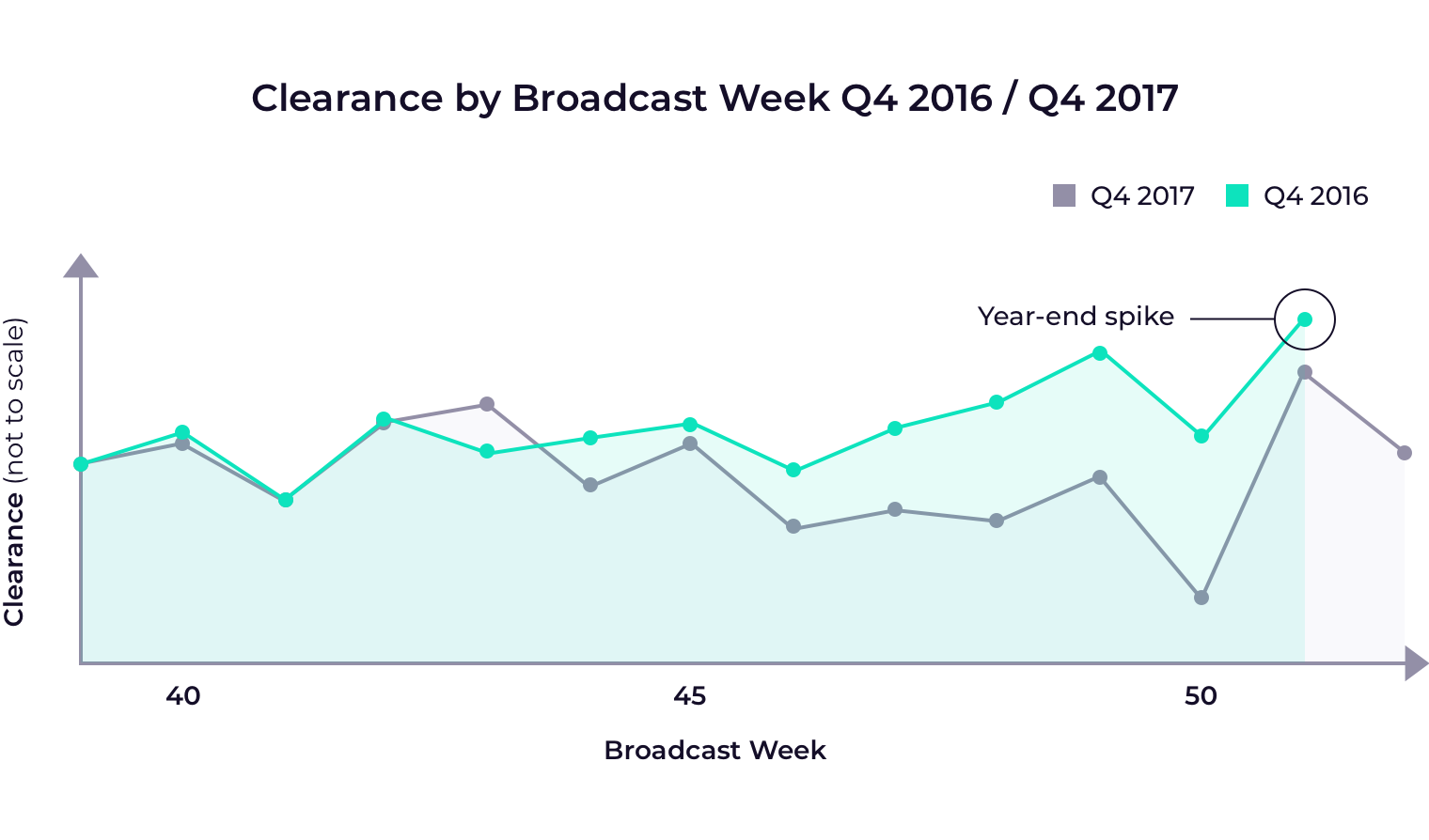 A savvy media-buyer will leverage his or her understanding of such seasonal patterns. For example, when clearance is expected to be low, Tatari may amongst a variety of things, pay rate card, increase the booked to target spend ratio (e.g. book $100K and anticipate to clear a smaller than usual portion), or simply re-allocate spend to another network with higher projected clearance. Pricing is only part of media-buying; clearance, the data & analytics around it, and strong network relationships & communication, are all important.