Beyond a performance-only lens, TV can play a pivotal role in branding. In fact, by incorporating the more rich storytelling capabilities of longer creatives, content integrations, and program sponsorships in your media plan, brand growth becomes limitless. Let’s take a look at how three Tatari clients, Nutrafol, Tecovas, and Ro, started their TV journey with a performance-focused mindset and later added brand objectives to their strategy.

In 2021, Nutrafol, the #1 dermatologist hair growth supplement brand for men and women, was eager to discover how a TV strategy centered on branding would allow them to appeal to a broader audience and strengthen their awareness. Several months after their pilot and success with DR campaigns, the Nutrafol growth team developed a strong understanding of their customer’s journey from TV as a marketing channel. This gave them the confidence to try a premium and high-reach spot. To do this, Tatari helped Nutrafol with buying a 30s spot in arguably one of the most high-profile programs of the year: Adele’s CBS Special “One Night Only.” The creative featured true hair-loss stories from different women, a topic Nutrafol aims to destigmatize.

Nutrafol saw a 13x increase in response rate against their weekly average immediately after airing, followed by a halo effect improving performance of their overall campaign. This allowed their team to realize how powerful the campaign was in generating massive brand impact they didn’t know was possible. “It led to not only amazing hype about the product but conversions as well…it was like early Christmas for us,” said Shruti Khatod VP of Growth Marketing at Nutrafol.

After seeing true brand/content alignment and strong DR results from testing creatives in Yellowstone program re-runs and marathons, Tecovas, a western-inspired fashion brand decided to develop a custom content integration in partnership with the hit series. Leveraging the data from previous re-run airings, Tecovas produced an integration that featured talent from the show and played in the premiere episode of the highly-anticipated final season.

The spot’s message not only inspired cowboy enthusiasts and fans of the show alike to “walk taller” with their products but also generated impressive results: a 5x increase in response rate against their weekly average. To cap it off, an added bonus for Tecovas was seeing sustained brand awareness long after the integration aired (can we get a yeehaw!). “It was a really great alignment of creative, content, and brand that came together beautifully,” said Meagan Finucan Director of Performance Marketing at Tecovas. 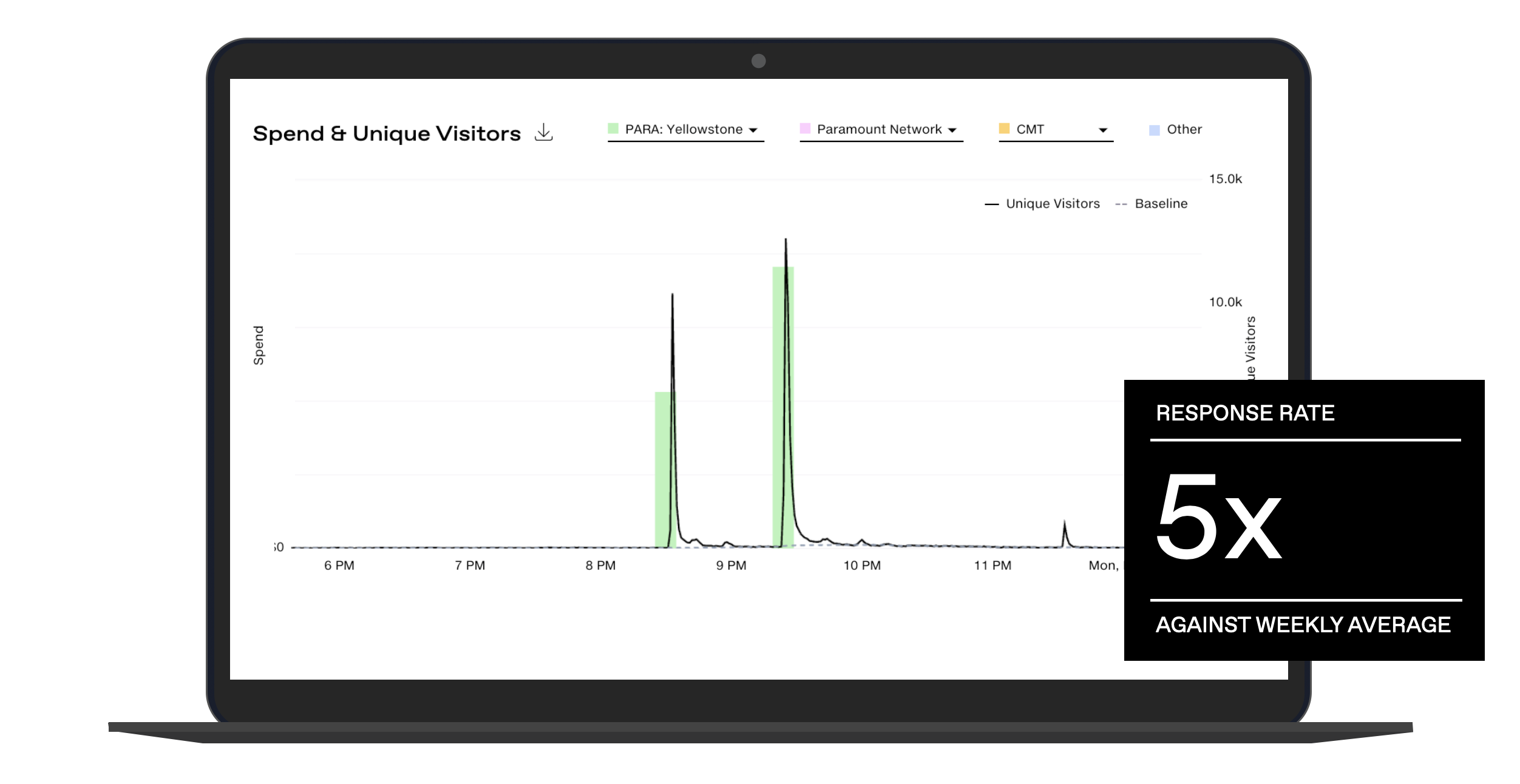 Ro, a telehealth platform that offers medical support conveniently from the comfort of home started their TV journey to promote their sub-brand Roman using a performance strategy. With Tatari’s data-driven approach, Ro’s test pilot saw great results from a direct-response perspective (higher AOVs, stronger response rates, and increased conversions) eventually giving them the confidence to scale with premium TV buys. By incorporating the data and learnings from a successful testing phase, Ro was able to develop multiple in-game sponsorships with MLB and its broadcast partners in order to reach their key audience and drive awareness. To do this, Tatari helped Ro secure TV-visible signage sponsorship assets to display their logo.

By leveraging highly visible areas like the pitching mound, the outfield walls, and the backstop behind home plate, Ro became part of several historical sports events – boosting their brand awareness unlike ever before (an image of Russell Westbrook and James Harden sitting behind the Roman logo caught social virality) and allowing them to stand out amongst the competition. “You can’t skip these placements, they’re part of the fabric of the event, they extend beyond the broadcast and will last forever,” said Will Flaherty SVP of Growth at Ro. From their first MLB campaign, Roman saw a 35% MoM increase in site conversion as well as a halo-effect from TV, with a 3x increase MoM in brand search volume. 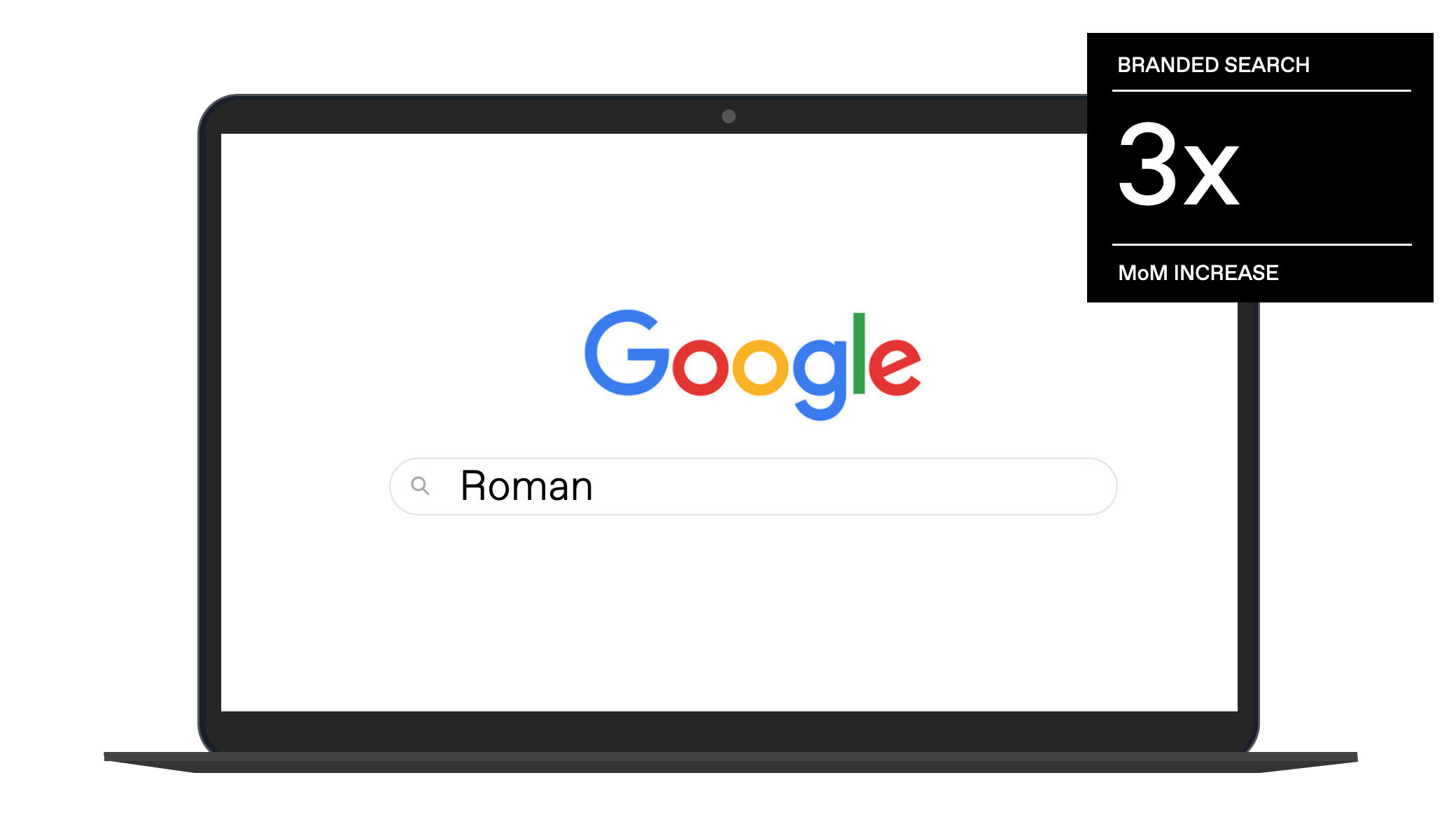 Consider these tips from Nutrafol, Tecovas, and Ro when thinking about optimizing your TV campaigns with brand objectives. 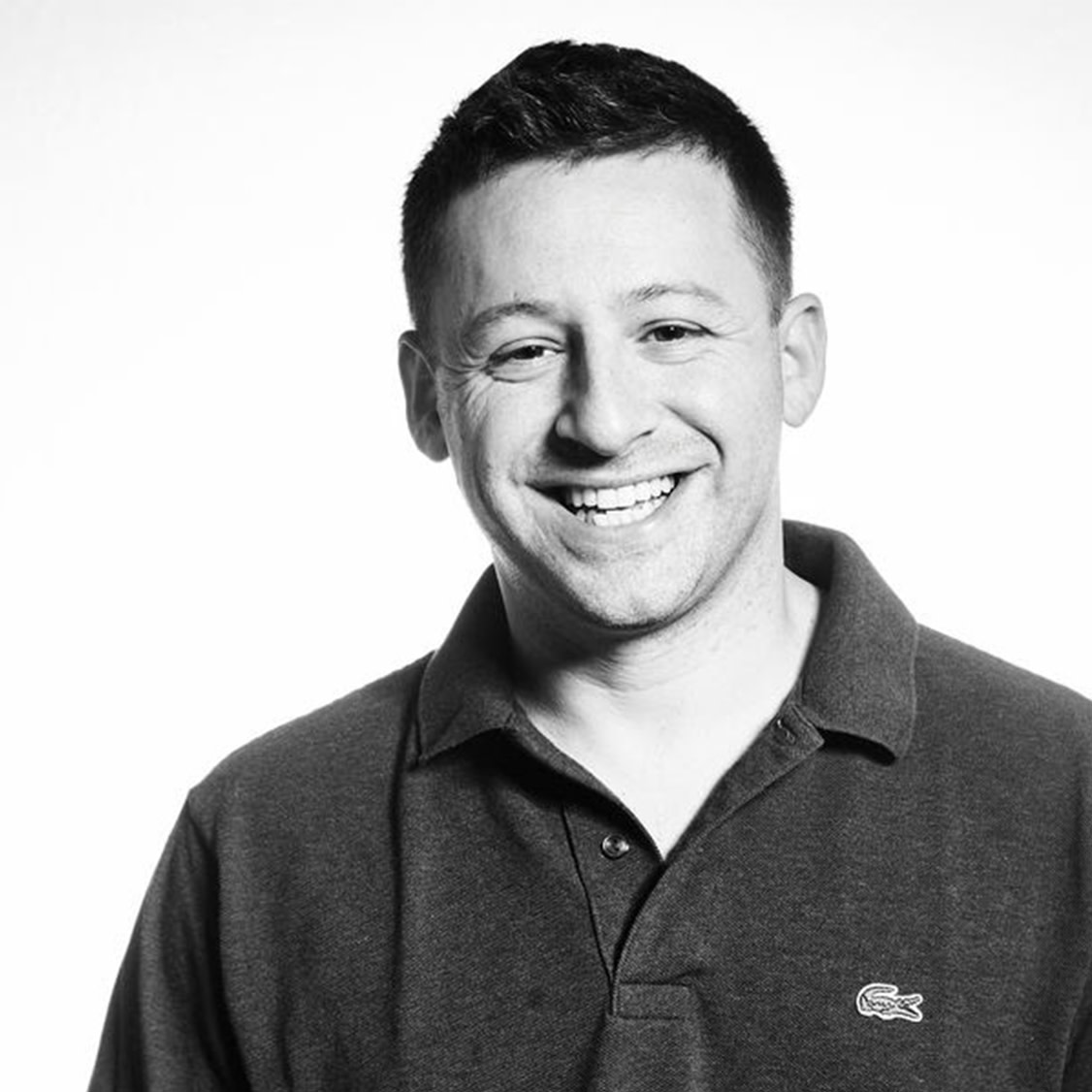 How 6 Performance Driven Brands Use TV Throughout The Marketing Funnel

Tatari teamed up with Adweek to tell the story of 6 disruptor brands and how they have effectively used TV to achieve a wide range of KPIs across all stages of the marketing funnel.

We partnered with Adweek to look at how four top DTC brands—Roman, Made In, Ibotta and Rothy’s—are using a data-driven approach to drive performance with TV advertising.

How DTC Brands are Using TV to Drive Customer Retention

Tatari can help brands adjust their acquisition costs appropriately within their TV spend, and we can extend that process as it relates to retaining existing customers or reactivating lapsed ones.