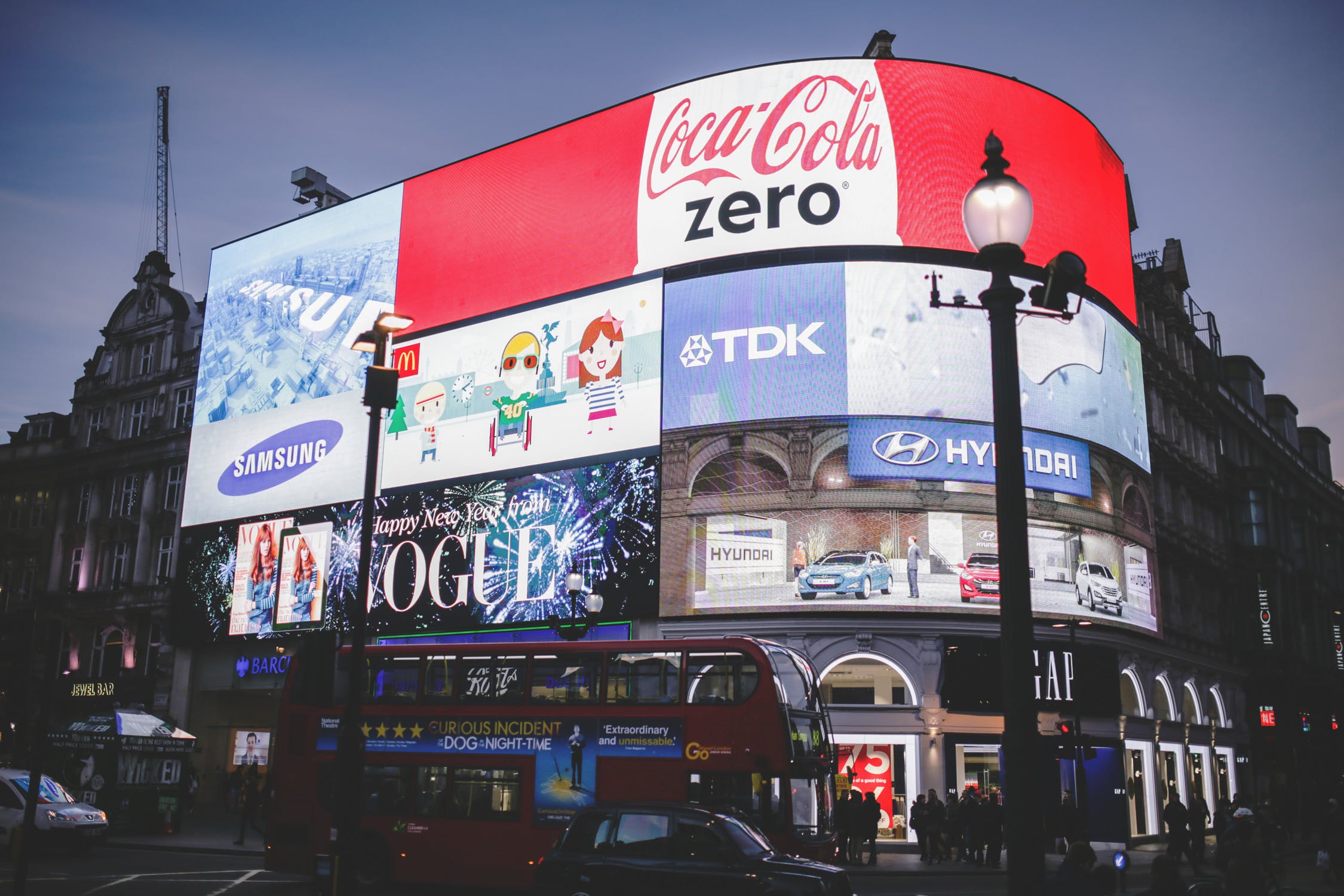 Advertisers often assume that airing on local TV is cheaper. While local spot costs are indeed smaller in dollar amounts than national spots, the number of local impressions aired is much smaller. To address this difference, a good apples-to-apples comparison can be made by quantifying both type of buys as a CPM (cost per thousand impressions). This comparison is insightful because local TV CPMs tend to be notably higher than national TV CPMs, often by orders of magnitude. For the sake of completeness, we should point out that there is no universal local CPM. Local CPMs vary by geography since audiences can be vastly different from one location to another (e.g. different average household income).

Price is not the only advantage of national buys. Those spots also generate more data and, as such, yield a more robust measurement. Furthermore, national markets are more liquid, which means that advertisers can freely choose between :15s, :30s, and :60s creatives. At the national level, networks usually have sufficient demand to fill every second in the pod.  Local pods, on the other hand, are often restricted to :30s creatives; any deviation from that length leaves the network (or cable operator) with an unfillable :15s gap. And, last but not least, national campaigns offer advertisers the true power of TV: reach and scale.

Most recently, we ran a client campaign on both a national and local level with roughly the same amount of spend. Despite each campaign having similar CPM through remnant markets, we found that the local campaign was still far less efficient.

Measuring a local campaign on a widescale basis is not a small undertaking.  It requires that every local airing is evaluated in its own designated market area (DMA). Even just mapping each airing to its DMA and appropriate timezone proved to be daunting.

What we found was surprising.  Despite roughly equivalent CPMs between local and national buys, local ads had a significantly higher CPV (which means lower efficiency) compared to national ones. This discrepancy can be seen in the graph below. 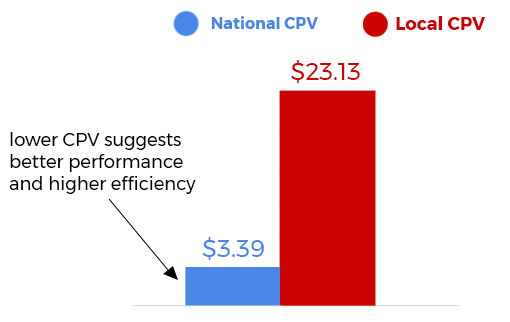 Local spots did not drive the lift we typically find in national campaigns, and we were even able to observe this with the naked eye in the graph below. 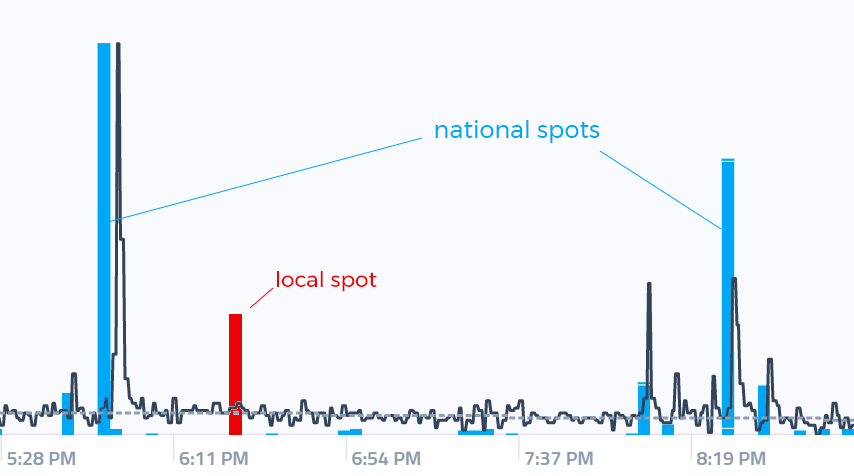 The solid black line shows the number of unique visitors at each minute.  The blue bars represent national TV airings on different networks, with the height of the bar representing the cost of the particular airing. In an ideal scenario, we observe small spend bars (low cost) and big traffic spikes (large lift).

In this case, the biggest local spot (red bar) we purchased was actually more costly than some of our national buys. Yet, it generated almost no lift (or at least significantly less than its national equivalents).

Therefore, the national TV campaign clearly produced better results for our client despite the seemingly similar costs. For that reason, and all the other previously mentioned, Tatari encourages its clients to run national campaigns, especially when they sell products or services across the entire country. Apart from testing or particular measurements, like isolating brand response, there are few compelling reasons to do otherwise.