NFL on Amazon Prime: worse or better than cable (for brands)?

A few days ago, the Los Angeles Chargers visited the Kansas City Chiefs for the first-ever NFL game exclusively available on a streaming platform. Amazon now has the exclusive rights for "Thursday Night Football" in an 11-year deal that includes 15 regular-season games and one preseason game per year with new pregame, halftime, and postgame shows.

Viewership was better than expected as the KC Chiefs beat the LA Chargers 24 to 21 in a game that came down to the wire.

Ahead of the football season, Tatari shared a comprehensive analysis and held a webinar with our clients so they were prepared to test college football and NFL as part of their media plan. Some data points that were shared included:

Audiences, however, don’t necessarily tell us much.

Tatari, tell me how the ads performed.

One of our clients, Underdog Fantasy aired a 15-second ad during the broadcast.

Not surprisingly, we observed an immediate spike in installs, as shown from the Tatari dashboard below.

This chart shows over time, TV airings/impression (colored bars with the height of the bar referring to spend) and related install traffic (black line). 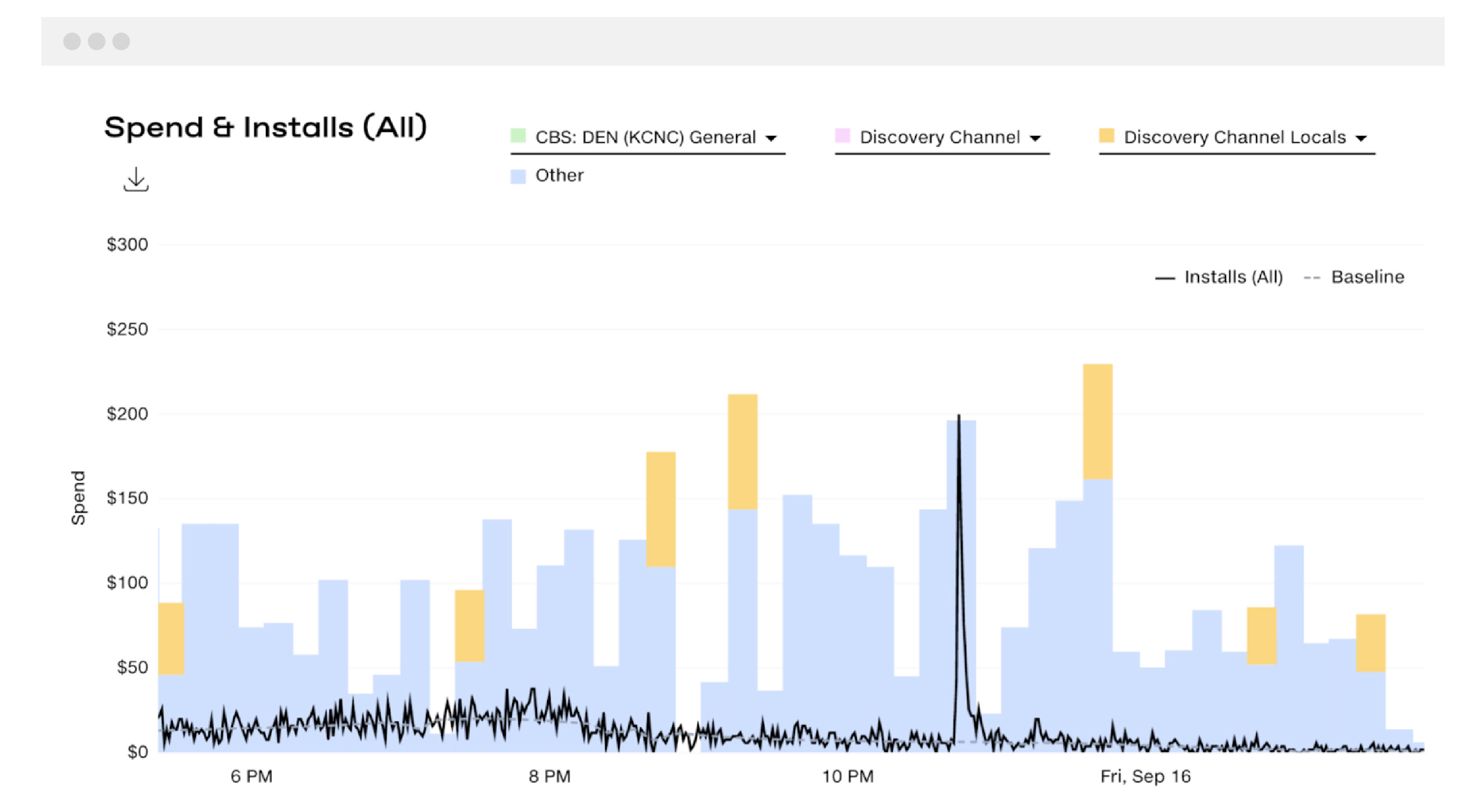 Underdog Fantasy had been advertising in NFL games since 2021, enabling us to compare the performance of the Amazon Prime “airing” to traditional cable airings. 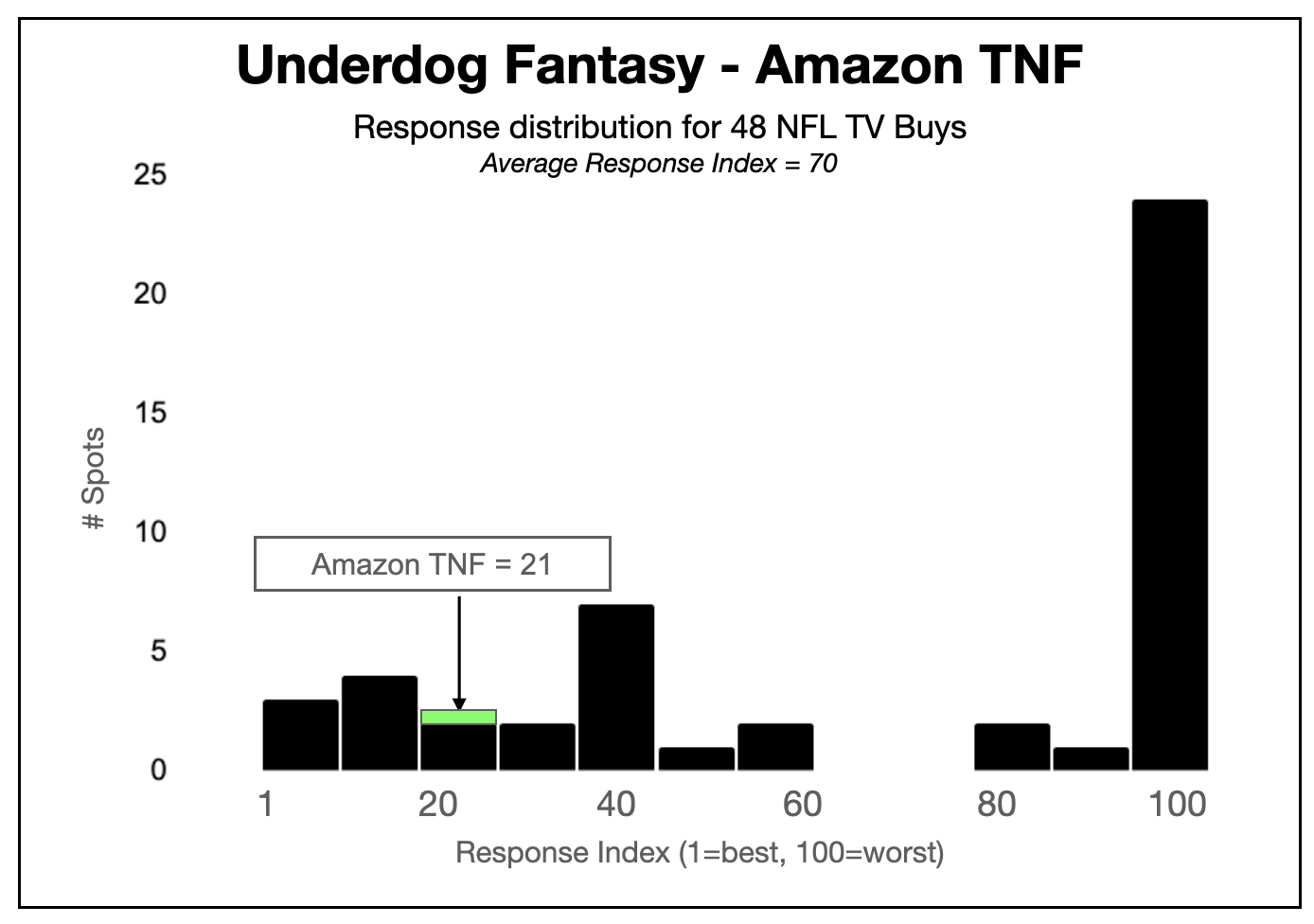 Amazon Prime NFL performance was in the 85th percentile of all Underdog’s NFL media buys.

We should further point out that this measurement is limited to the “direct response window.” Flagship impressions in premium programs have a much longer-effect (i.e. we expect more installs from this impression to follow in the days ahead, as measured by our delayed measurement methodology).

Many major streaming players are moving away from programmatic buying platforms in favor of direct sales teams. Only in doing so can they preserve the audience viewing experience in a meaningful way.