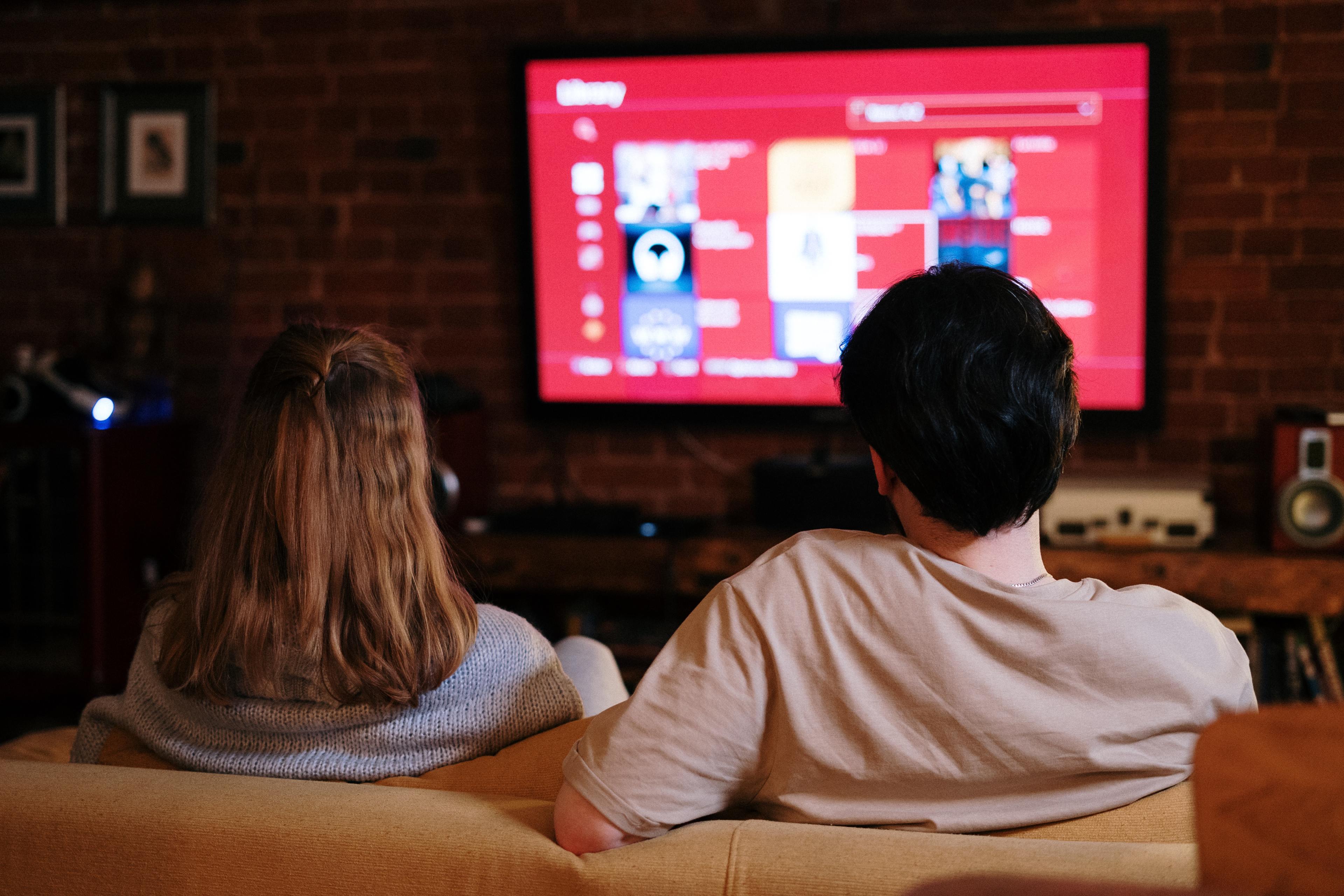 Streaming TV Has Dayparts and Rotations, Too

This article was originally featured on Broadcasting + Cable and was written by Tatari's CEO, Philip Inghelbrecht.

In the world of linear TV, dayparting is a core parameter of any media-buy. Unlike digital, however, networks will not sell their inventory for airing at a specific time during the day (e.g. “run an ad at 8 p.m.”); instead, they will offer broad rotations, such as “daytime TV” (e.g. 12-5 p.m.) or “prime time TV” (e.g. 7-11 p.m.). Keeping rotations broad is a very clever way to bundle great air times (using the prime time example above: 7 p.m.) with not-so-great times (e.g. 10:55 p.m., also during prime time, but when most people have gone to bed already), keeping the average high.

Dayparting, or rotations, is big business. Pricing between various rotations on a network can be 10 times different. An example from a national news network is provided below: 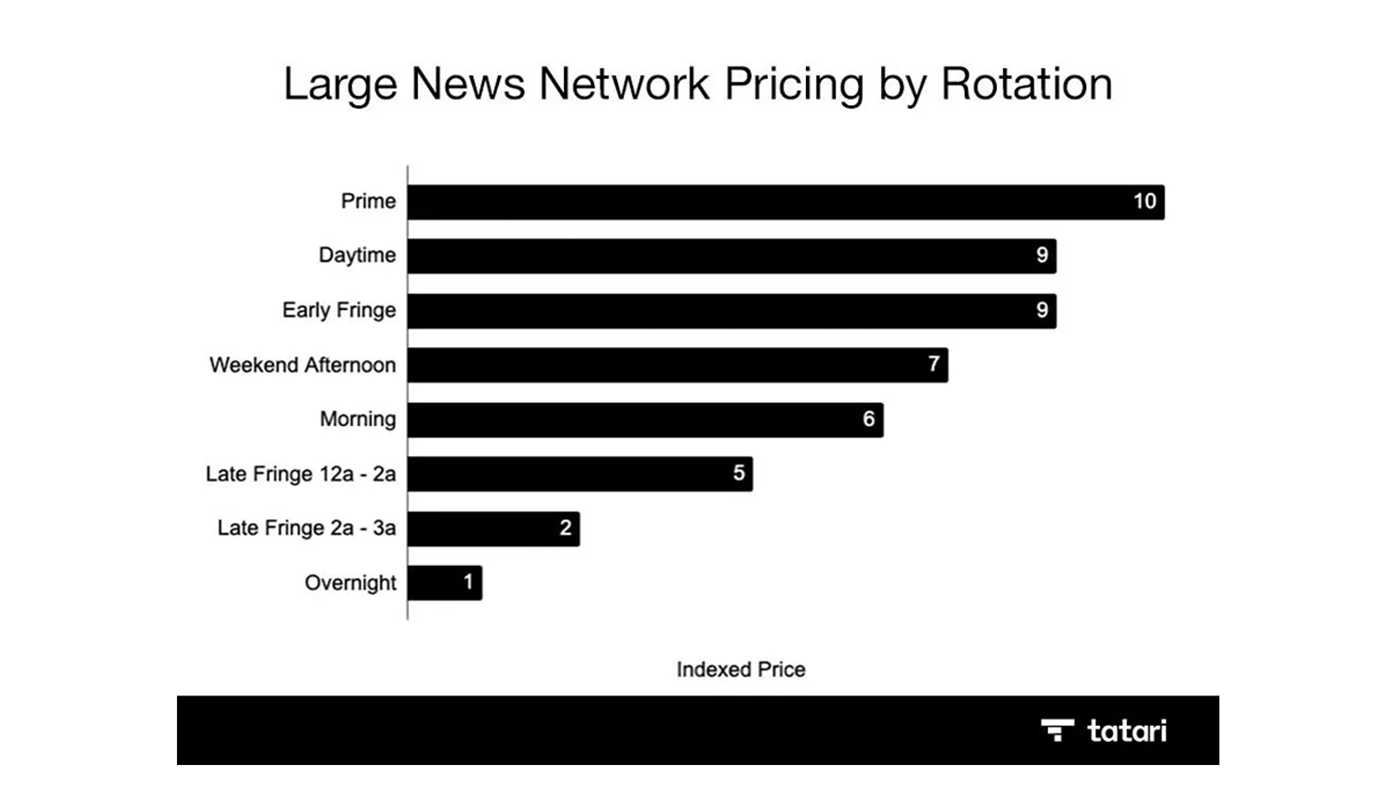 Some networks will even overlap rotations in an attempt to create further fog around the price. They do their best to make advertisers treat all impressions as premium (when perhaps, they are not).

Streaming publishers, on the other hand, don’t even have to try. They typically charge the same (high) rate or CPM for impressions, regardless of the time of day during which they are delivered. The rationale for this is the fact that most streaming TV is on-demand, and viewers consciously tune-in. Phrased differently, someone watching streaming TV at 2 a.m. is (allegedly) as valuable as someone watching during prime time.

Not so fast. Response rates on streaming impressions do in fact differ significantly by time of day. As shown in the chart below, impressions delivered during “less favorable” dayparts (like mid-day or overnight) do not necessarily drive the same response as those that land during prime time. And yet, the impressions were sold at the same “prime time CPM.” 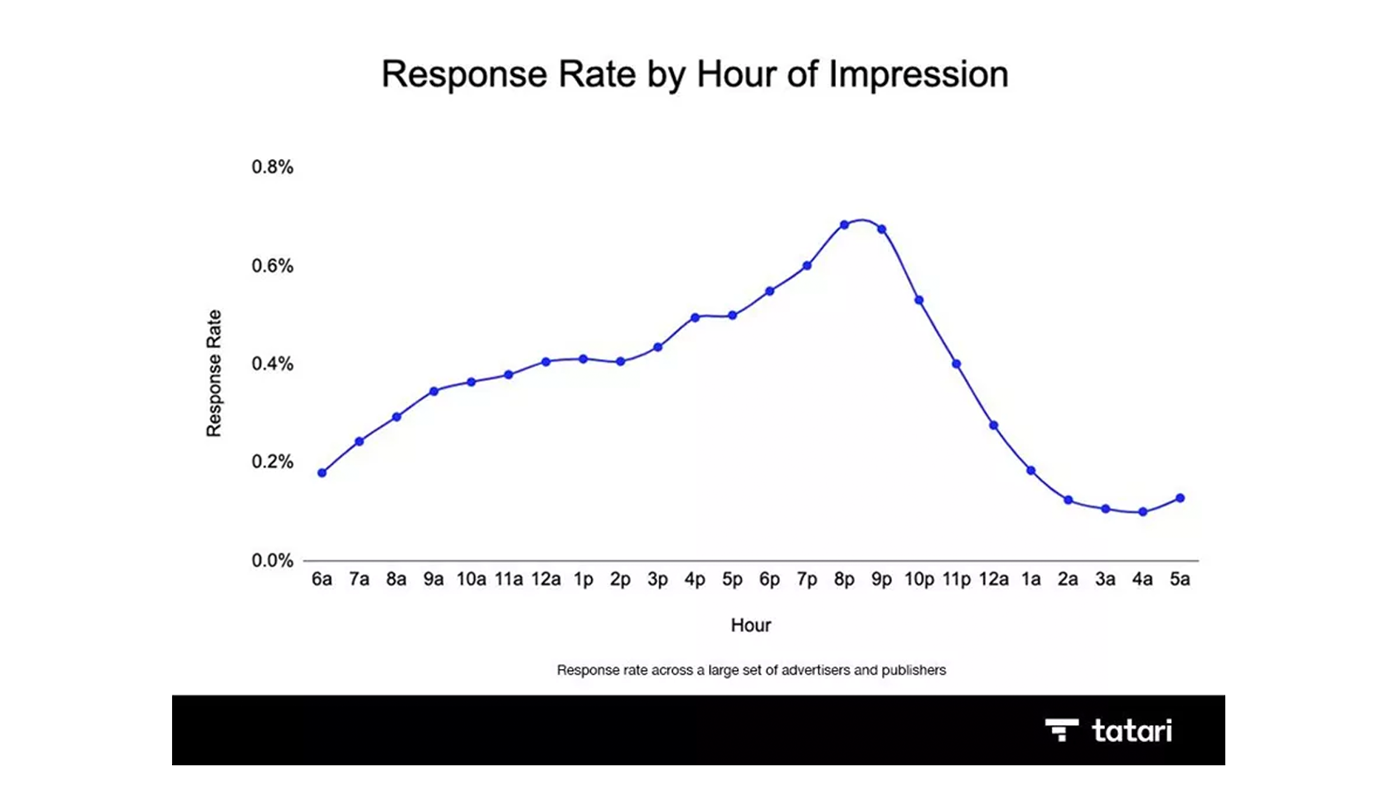 This is not to say that there are certain times of day that are inherently better or worse on their own. Or some advertisers were built for the late night circuit, others would do best to avoid it. For a mattress company, overnight viewers may be wildly lucrative; for a food-delivery company, however, this would be painfully wasteful.

Advertisers understand that timing matters in every linear broadcasting medium, and they have come to expect variations in pricing that accounts for the significant difference in response rates at different day parts. That difference derives from human behavior and states of mind; the on-demand nature of streaming does not erase those habits altogether.

As such, dayparting is one aspect of linear TV buying that streaming networks are likely to adopt as the space matures. Programmatic TV, and automated & dynamic auction models, will take care of this in one fell swoop. With programmatic still in its infancy (at least with respect to dollars transacted), the burden today is on advertisers and their media buying teams to run their own analytics to uncover dayparting opportunities and allocate streaming spend effectively. Measuring streaming outcomes is only half of the equation; measuring the quality of the impressions delivery in context is the other half.