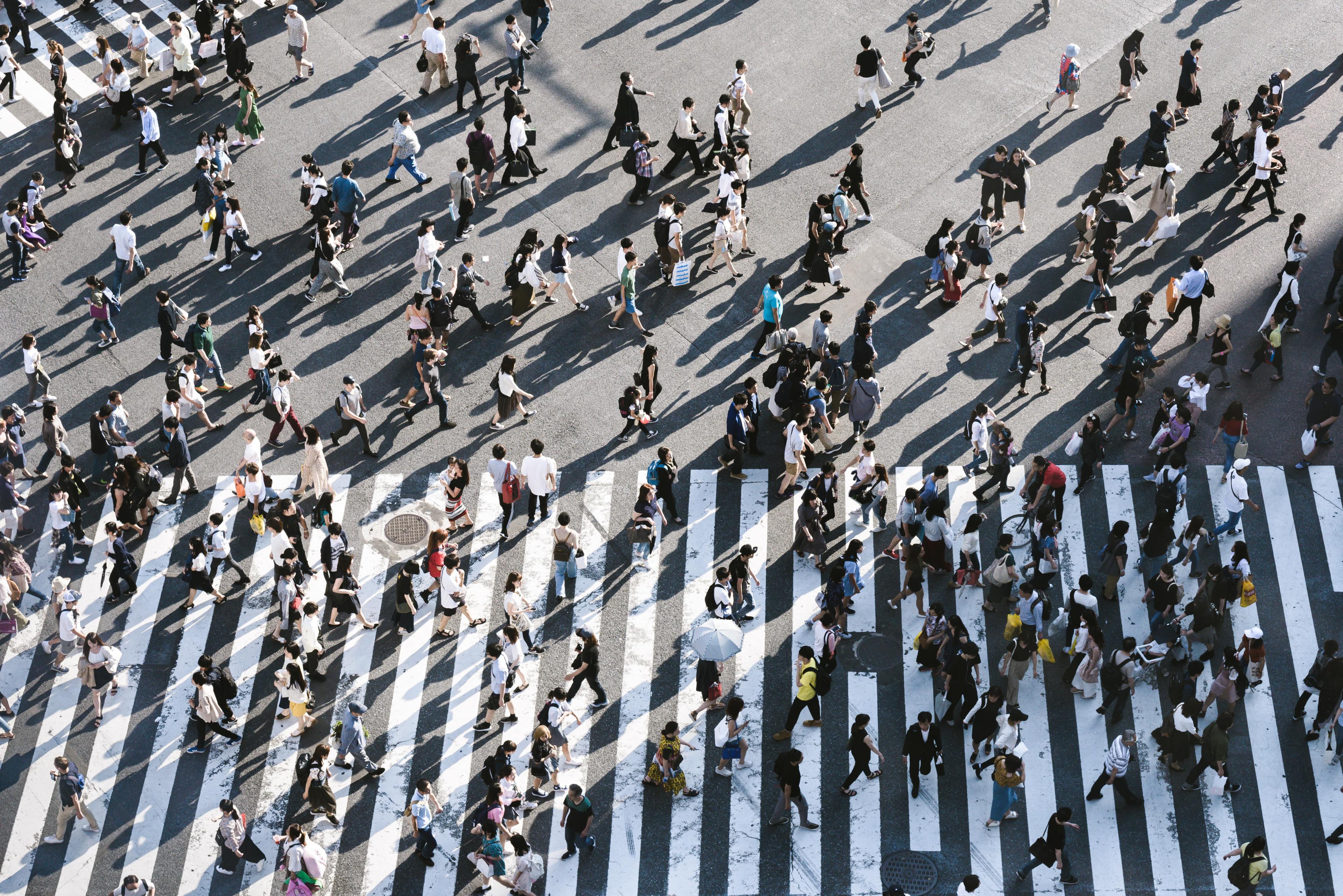 Targeted vs. ROS Campaigns: Which is Best for Your Brand?

A “Run of Schedule” media buy (aka ROS) is one where a network/publisher places a brand’s advertisement across a variety of dayparts, demographics, and programs. This buy reaches a wide range of audiences, but an advertiser has limited say in where (or when) their ads are run.

Conversely, a targeted media buy gives a brand more control over where its ad is placed. This type of buy allows brands to filter out certain shows, genres, demos, or time periods that they feel will not be impacted by their campaign—instead focusing their efforts on the audience they think has the highest propensity to purchase their products. This buy reduces the scope of audiences an ad will reach, and intuitively is a bit more expensive.

Many of our clients come to Tatari with a firm grasp of their target audience; uncovering which consumers are most likely to engage with their brand by testing multiple audiences in their paid social advertising efforts. Others lean on Tatari’s advanced data capabilities to test, learn, and ultimately uncover the audience most suited for their products and services. Both sides often arrive at the same conclusion: a richly targeted campaign is the most effective and efficient way to drive lower-funnel impact. But this isn’t always the case…

To Target, or Not to Target

Tatari recently analyzed the performance of three clients who were running targeted and ROS campaigns at the same time, with the same creatives. The goal was to see if one media buy performed better than the other in a controlled environment. 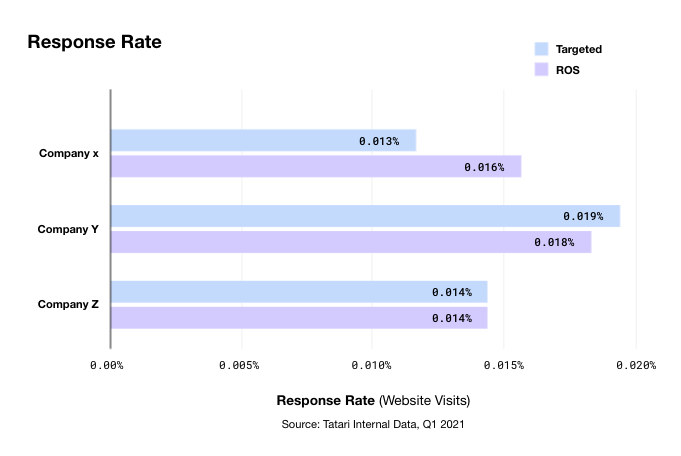 In the chart above, we see that the targeted campaign delivered a lower response rate (website visits) than the respective ROS campaign for Company X, similar results for Company Z, and slightly higher results for Company Y. So while some clients opt to pay higher CPMs for targeted streaming campaigns (upwards of 20% more for demo & genre, 50% more for geography) in order to hit their target demo, it’s evident that the outcomes of each buy are entirely company and campaign-specific.

Taking this a step further, we looked at Company Z—which, as detailed above, saw similar response rates across both buys—to see if targeted campaigns produce a higher conversion rate (purchases) than ROS.

Contrary to popular belief, we found that Company Z actually saw a lower conversion rate for targeted campaigns compared to ROS. While this may seem counterintuitive, we frequently see this when brands deploy campaigns with multiple targeting layers. The reason for this ties back to the fact that most campaigns are run with an impression guarantee—meaning a network/publisher is required to serve an ad x number of times to their viewers.

Targeted campaigns reduce the total audience size that these ads can be served to. If an advertiser has paid for a set number of impressions, and the audience pool is cut down via targeting layers, the only way a network/publisher can fill the impression quota is by increasing frequency; or serving the ad multiple times to the same individual.

If that person isn’t interested - or has already decided not to purchase the product/service being advertised, these valuable impressions are wasted. Running an ROS campaign, which allows the impressions to be spread out to a wider audience, will often solve this frequency issue.

An additional benefit of running ROS media comes in the form of increased reach. In the chart below, we see the total impressions served by each campaign type across our three clients. Impressions for ROS campaigns were nearly 2x higher for Company X, over 2x for Company Y, and a whopping 30x for Company Z. 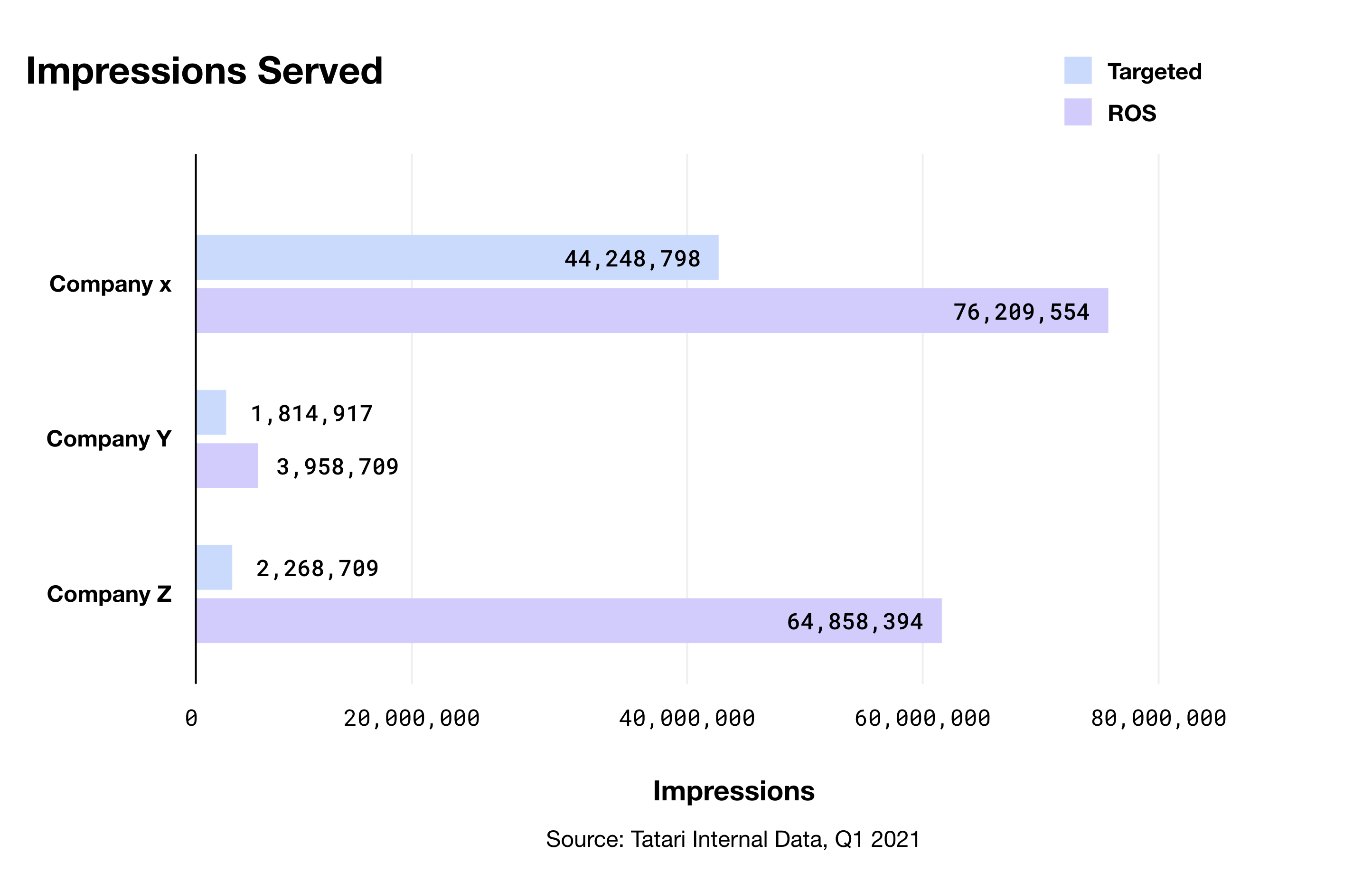 While many brands see success with targeted campaigns, this is not a one-size-fits-all approach. Whether or not a targeted campaign will work better than ROS is entirely brand or creative-specific.

For brands new to TV - make sure you run a ROS campaign; even if you have a strong indication of who to target based on your social marketing efforts. Running a ROS campaign, either at the onset of your TV advertising efforts, or in tandem with a targeted campaign, will:

In short, let these two media buys work hand in hand together. Test and learn what works for your brand, and optimize accordingly. 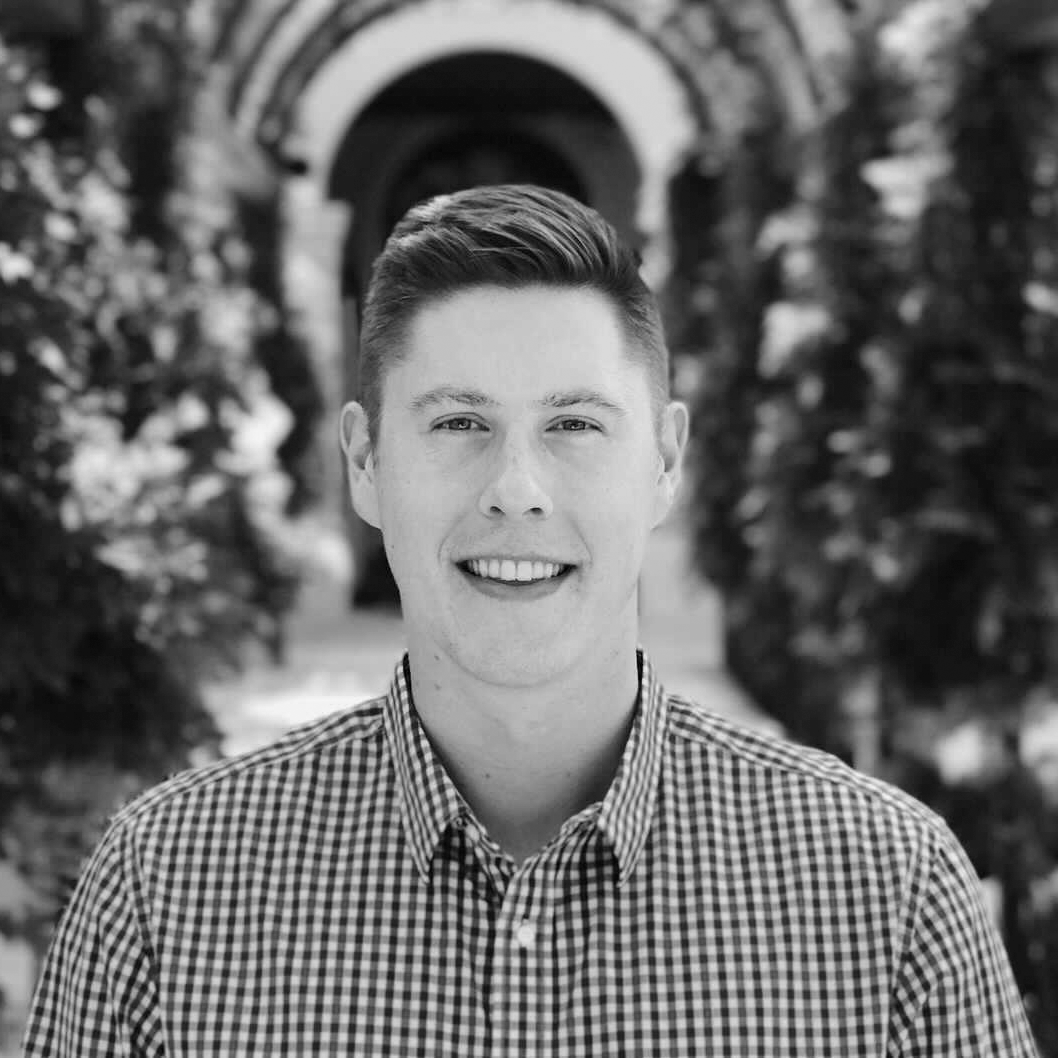 I’m a marketer who is fluent in movie quotes.

Where to start? Choosing your first networks and publishers.

It's important to step away from demographics altogether and instead, build audiences based on the programs and networks that a brand’s current visitors or customers are watching.

Test or target? To find your TV audiences, do both

As the number of TV channels grows and audiences fragment, a measurement-based testing approach to ad-buying beats one based on targeting.

You Don't Need To Target Individuals To Drive Performance

Google’s move to shut down person-level targeting in its browser isn’t the end of performance marketing. Quite the contrary. It’s the redirect our industry needs to get back on track.