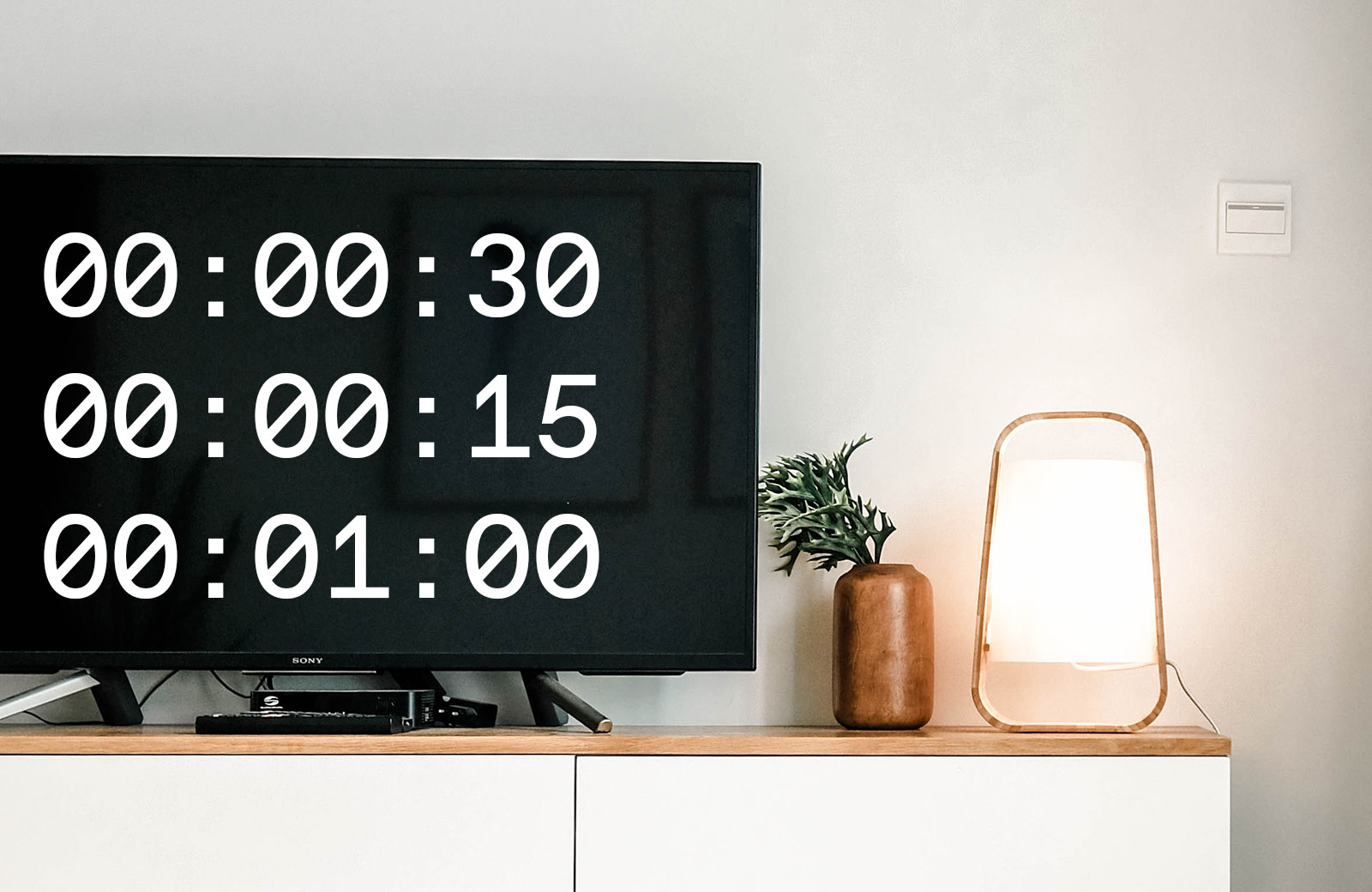 The Long and Short of Duration: Which TV Spots Perform Best?

Marketers often want a simple answer to what seems like a simple question: What creative duration works best on TV? Here at Tatari, we use a data-driven approach to recommend the duration.

Today, the most common durations are 15 and 30 seconds. In general, the phrase “you get what you pay for” applies to duration, in that a 30-second spot tends to cost twice as much as a 15-second spot. But how does this translate to ROI?

Before delving into Tatari’s approach to optimizing for duration, it’s worth talking about traditional ad agency “best practices” around TV spot duration. They include:

These best practices sound reasonable on the surface. For example, the idea of launching a product or campaign with a 30-second “education” spot, later followed by 15-second reminder spots, sounds logical. However, there is no careful study supporting the effectiveness of these conjectures. Moreover, even on an intuitive level, this hypothesis is actually based on a nebulous premise. Tatari has successfully launched many clients with only 15-second spots, conclusively finding that a longer-form “education period” was not required.

We carefully monitor the performance of our clients’ creatives based on many factors, including duration. By performance, we are referring to outcome-based metrics such as CPV; the cost of inducing an incremental visitor from TV to visit the client’s site, CPI which is similar but for app installs, and CPA (cost per acquisition) which is focused on a conversion or purchase. 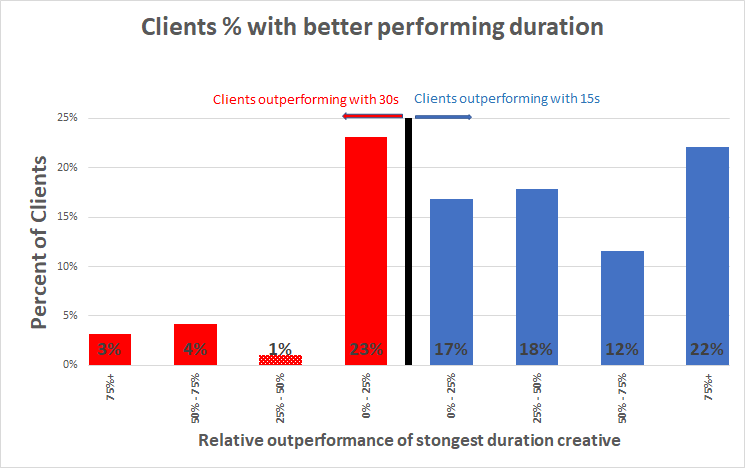 The takeaway here shouldn’t be that “15-second spots win.” Indeed, producing and testing 30-second versions makes sense given that 30% of clients find they are more efficient than 15-second creatives. If the 30-second is most efficient, it means that scaling opportunities are essentially doubled. Even if not, there are reasons to run the 30-second version some of the time (more on this below).

Recommendations for the length of your TV commercial

Based on the data we’ve analyzed around creative duration, Tatari recommends:

Why both? Talent and location costs can be shared across all the creatives. The editing costs to create 15-second spots from a 30 are much lower than it would be to create a completely new 15-second spot at a later time.

Most clients find that for linear airing, 15-second commercials tend to outperform the longer version. This is not surprising considering they cost half the cost. However, some clients will find the opposite, with 30-second versions being the most efficient. The low cost of testing (often ~$15,000 per 30-second) makes the test positive in expected value.

Once you’ve tested, go mostly with the strongest-duration (15-second, 30-second, or other length) and strongest concept.

Pockets for use of 30-second creative

Even if a 15-second is, on a standalone basis, typically 20% more efficient, there are pockets for running 30-second versions. They include the following.

In general, there is no one-duration-fits-all rule for clients to follow -- and there are many other creative approaches that can impact performance outside of length, such as founder-driven spots, testimonials, or using a persistent watermark.

We recommend small early tests of 15-second and 30-second durations (and possibly others either early on or later in a campaign). In other words, test small and then invest big with an optimized creative mix on optimized networks and rotations.

Why your TV commercial should have a persistent brand watermark

What exactly makes a great ad? One creative element has been effective for 70% of Tatari clients who have tested it: brand watermarking!

TV ads so far have always been classified as either brand or direct-response (DR). We will discuss the typical features of both types and show that a third (hybrid) option is also feasible.

Creative Burnout or Not, Theory and Evidence

Most marketers worry that their champion creatives will eventually lose their punch over time. We look at our clients' data to learn whether there is any truth behind this belief.