Market Update: Why Now is the Time to Advertise on TV

In recent weeks, the state of the economy has remained top of mind for advertisers, consumers, and businesses alike. With inflation on the rise and the market steadily in reverse, a recession in the near future is far from out of the question.

When businesses attempt to deal with such economic uncertainty, a magnifying glass is often placed on advertising budgets. But as history shows, brands that weather the storm and maintain advertising activity typically fare better than those that pull back. And we don’t have to go back decades to prove this - 2020 was a mere two years ago, and the learnings can (and should) be applied today.

As it relates to TV, the current climate has intensified the focus on measurement capabilities. It has also placed heightened importance on a brand’s ability to act quickly when efficient buying opportunities are presented. With Q4—a typically tight (and dare I say chaotic) quarter for TV advertising— right around the corner, the time to drive efficiency is now.

As networks attempt to secure media placements during this quasi-recession, CPMs are falling beyond the norm—especially compared to the rates of this time last year. In fact, the average CPM in May 2022 was nearly 45% lower vs. May 2021. 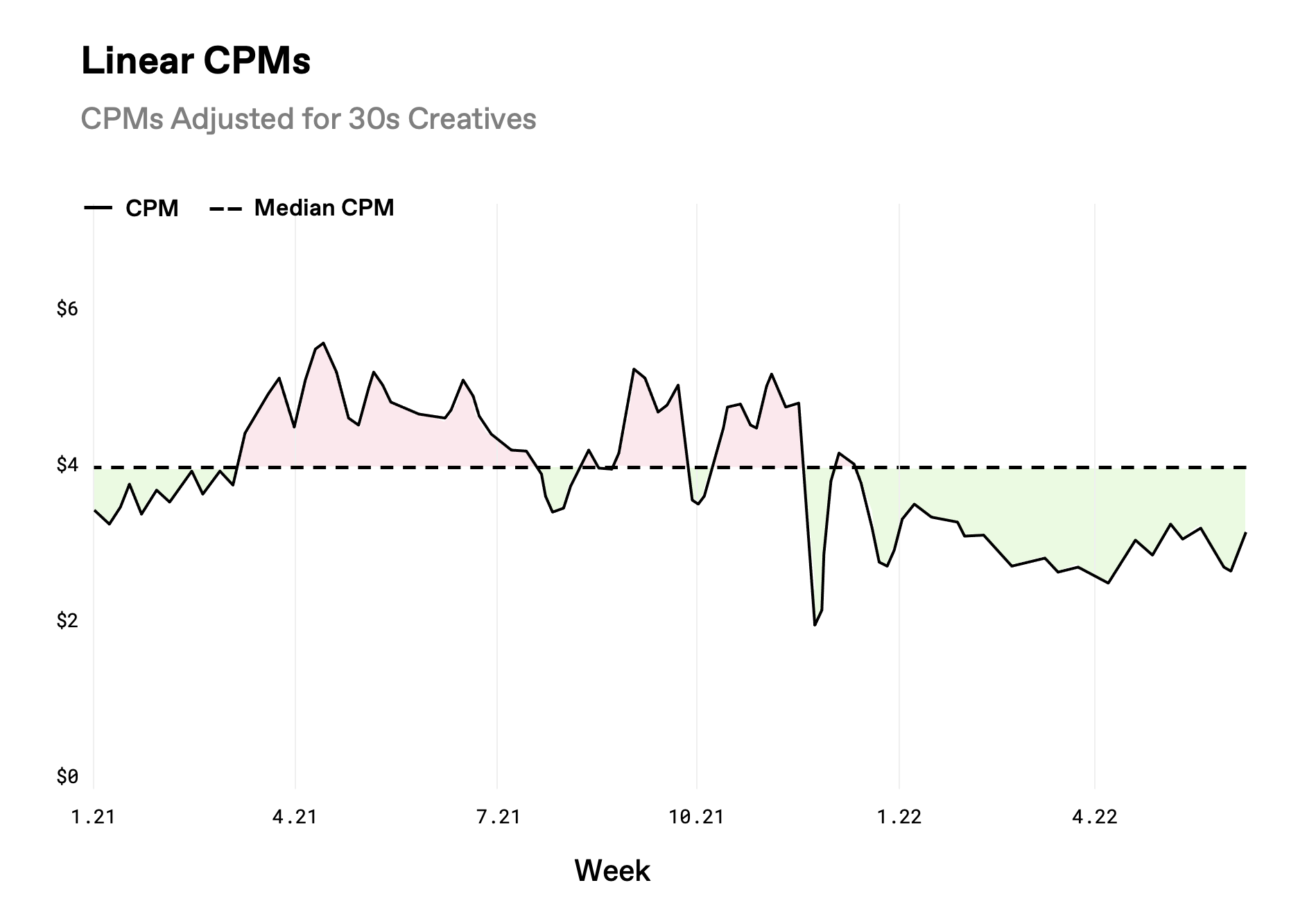 It's not necessarily that the networks are rolling back their rate cards, but rather that advertisers are now more likely to capitalize on firesales/arbitrage opportunities. Deploying a data-driven TV strategy that can be adjusted and optimized as the market changes is key to driving efficient outcomes. And as evident in the chart above, having insight into what to bid (and the likelihood that these bids will clear) is something that many Tatari clients have benefitted from in recent months.

It’s important to point out that this trend is not just taking shape with a handful of networks. 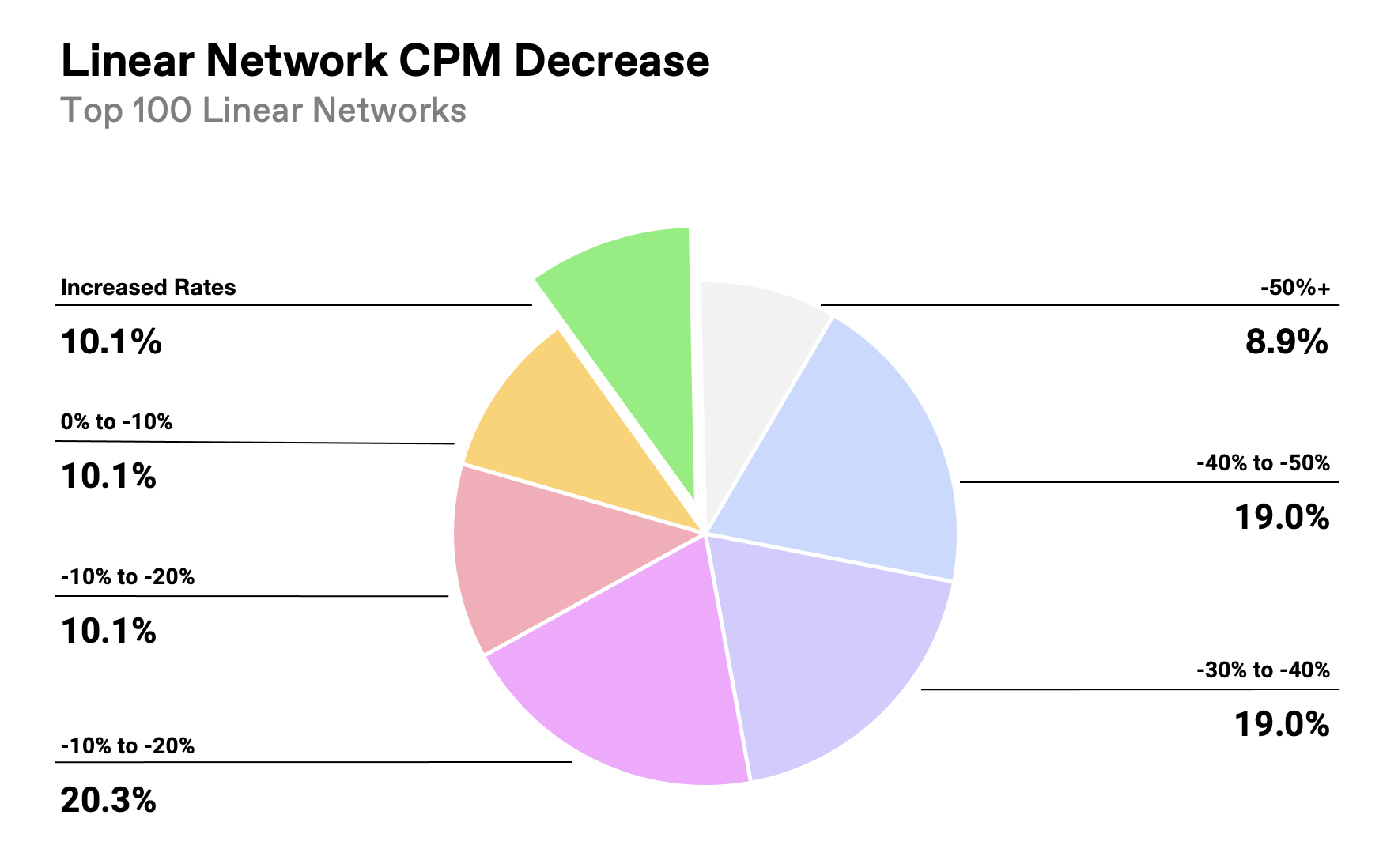 Of the top 100 linear networks (by impressions served), we’ve only seen increased rate in ~10%, meaning that nearly 90% have experienced a reduction in CPM this year. Moreover, nearly half of these decreases were by 30% or more compared to 2021.

Contrary to what we’re seeing on the linear side, streaming CPMs have remained relatively stable over the past few quarters after experiencing an uptick during the 2021 Fall TV season. This can be attributed to two main factors. 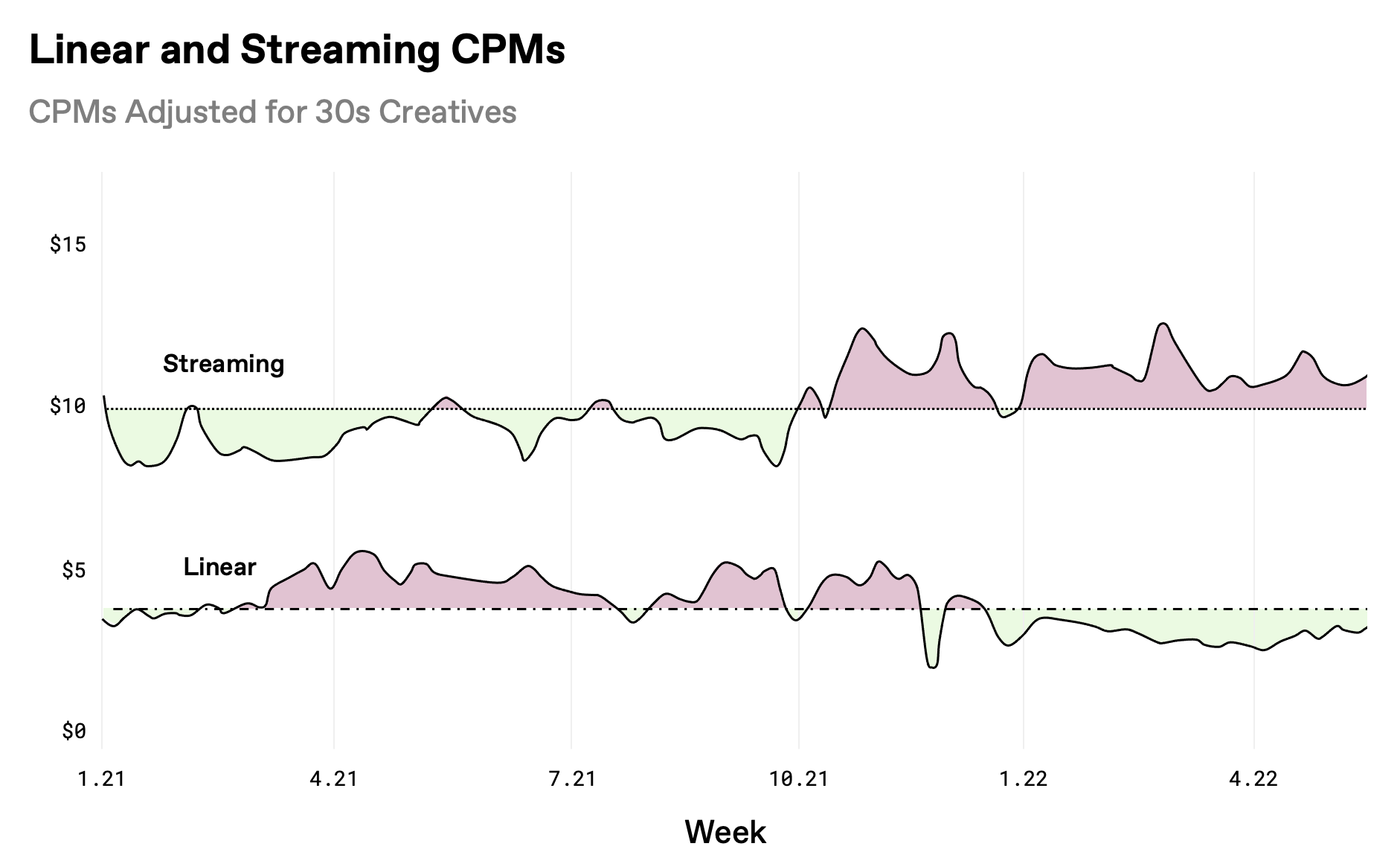 First, Tatari signed agency deals with many of the top streaming publishers at that time, which gave our clients access to some of the most sought-after OTT inventory on the market. These deals have kept prices steady, even as these services have scaled subscribers.

The second and equally significant factor just may be the most obvious: competition.

In the past two years, we’ve seen services like Peacock and Paramount+ not only launch, but also capture a sizable share of the streaming market. Additionally, longstanding ad-free services such as Disney+ and HBO Max have begun rolling out cheaper, ad-supported tiers to attract more subscribers. Even Netflix, a company that has been boisterous in its “no ads” approach since inception, has told employees that an ad-supported is in the works, with an end-of-year rollout being imminent.

Advertiser demand for streaming TV inventory is strong as viewers continue to cut the linear cord in favor of on-demand options. And as the streaming landscape becomes further fragmented, inventory is bound to tighten—we can’t expect consumers to pay (and actually watch) for all services, equally. This leads to a market acting inverse of its linear counterpart, and frankly the economy as a whole.

This isn’t to say that brands should avoid streaming, as the benefits (namely a younger and incremental audience) more than justify the cost. It’s more that the steep discounts, at present, are likely to be found on the linear side.

Socioeconomic factors will cause even the most stable business to rethink their short-term strategies. But with linear inventory being secured at a discount for many Tatari clients, advertisers with flexible budgets are now in a position of power. Moreover, as Q4 approaches and brands gear up for the holiday retail frenzy, the demand (and competition) for TV inventory is likely to bounce back in a big way.

In an effort to plan ahead and maximize your TV strategy for the rest of the year, consider utilizing this time to test new networks that may have been originally sold out/outside of your budget. The massive reach of linear TV remains unchanged—the advertising element is just coming in at a discount. 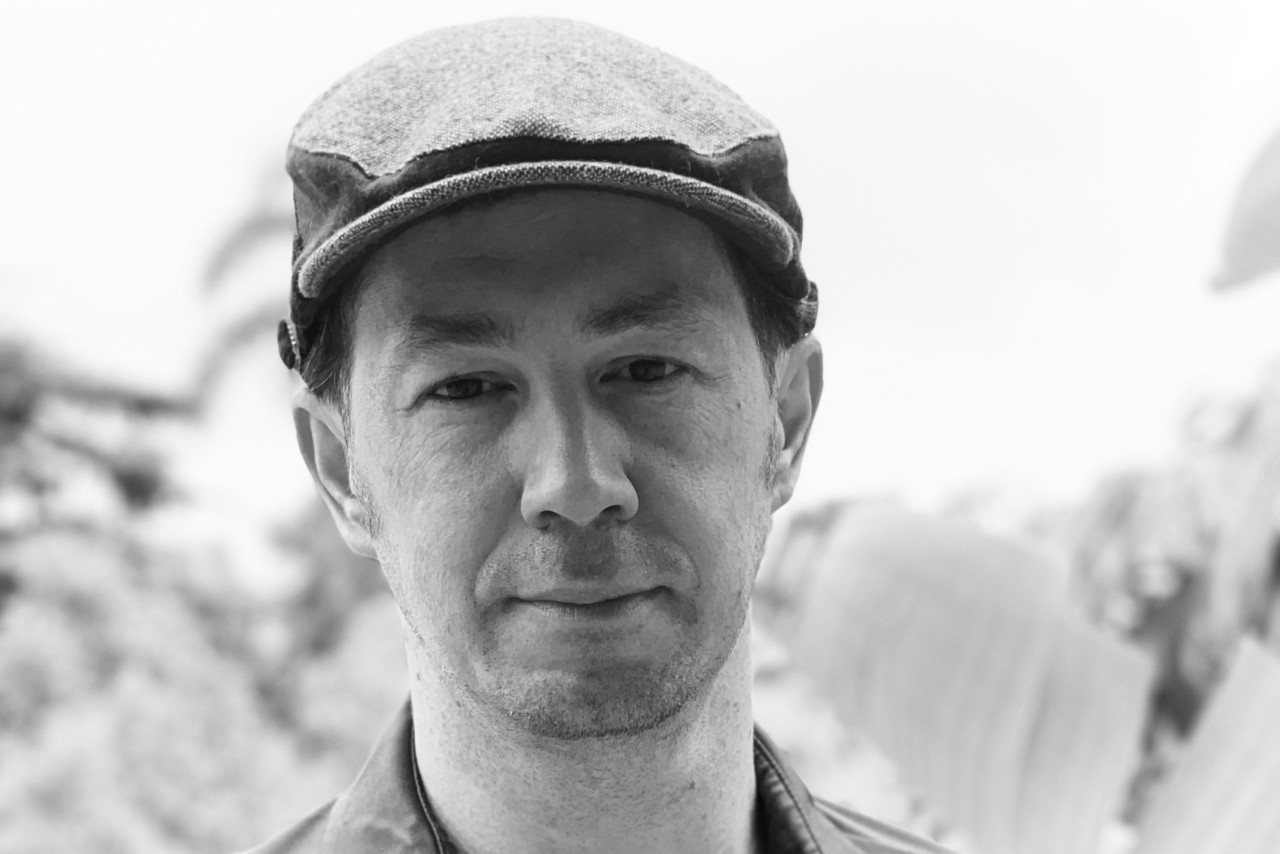 It’s Time to Let Go of Traditional Demos, but Not Everyone Will be Ready

Even as fewer people consume content in a linear fashion, advertisers are still finding incredible value in reaching the people who do watch cable or broadcast.

The rise of CTV has helped bridge the best practices of digital and TV advertising. Now, advertisers can replicate one of digital’s best-performing tactics – retargeting – on the biggest and most engaging screen in a consumer’s household.